Garry, keep up the good work. You do an excellent job.
Top

Garry, You have the support of many of those you've helped or those who know you says always good words.

While I am way too inexperienced with Linux in general and Debian in particular to comment on the technical value of your contributions, I can say this:

1) During the last few days I have spent a lot of time on these forums and I have read many, many threads ... some because I was looking for hints regarding issues I had myself, but most simply out of curiosity for the topic in the thread's subject line.
You post in many threads, Gary, and it is always obvious that you do your very best to be helpful to the person asking for advice as well as to the whole Forum community.

2) Several of the links you have posted in these forums gave me valuable hints to solve issues I faced. Thanks for that.

An overwhelming majority of those people who feel the need to be personally insulting or rude on the Internet are either juveniles or failures living in their mothers' basements, desperately trying to gain some satisfaction or a feeling of self-worth by putting others down. Two groups of people who may be ignored completely, because they are utterly irrelevant and uniformly useless.

My usual response (if any) to posts/comments/messages like "You suck / STFU / GTFO / moron / idiot / etc ad nauseam" is a very useful string of keys: lol.
Or, if necessary: LOL.

Then, move on and don't waste more time and energy on that person.

Regarding the genius who called Debian "a pack of software piled up by stupid incompetents that don't even know what they're doing" ...

Cheers, Gary, and I hope to read many more of your posts in the future. 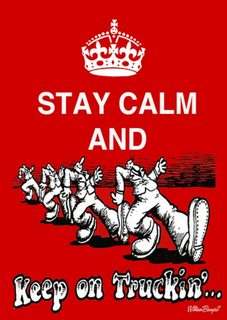 Garry please stay because Your hints and stories have helped me in right direction so many times.

Thanks again, everyone and good to see Head_On_a_Stick back again.
Top

You're Welcome my friend.
Top

was very rude to you. It hurted me a lot too, just recently.

Today science & technology has eased the labourious tasks, but including some of these to your daily routine, should help:

My appologies to any one, who may disagree.

Thanks,
Actually I agree, except for the kick boxing, I tried that and every time
I ended up kicking myself in the head

GarryRicketson wrote:Thanks,
Actually I agree, except for the kick boxing, I tried that and every time
I ended up kicking myself in the head

makh wrote:
Today science & technology has eased the labourious tasks, but including some of these to your daily routine, should help:

You've got plenty of time,
use it to your advantage! llivv

edit: ps: when you put yourself out there you'll find there's usually someone(s) that'll use U
In memory of Ian Ashley Murdock (1973 - 2015) founder of the Debian project.
Top

Firstly, about Stretch. I've been running Debian stable (plus frequently testing and sid) since Sarge and have installed Stretch on several machines and a few times on one machine (separately on HDD, sata SSD and NVMe SSD).
I'm very happy with Debian stable, and the previous Debian stables. I do test other distros an spare old disks and find lots of things that I prefer about Debian stable.
Every now and again I check distrowatch and it's interesting that so many distros use Debian. I think that shows Debian is preferred by many Linux lovers and as everyone is different there are a good number of people who want to 'tweak' or make whatever changes and give it another name. Of course, most of us appreciate that Debian is highly configurable and allows us to use it for whatever purpose we choose. The number from distrowatch suggest that Debian remains one of the most popular distros and one that I continue to recommend to people..

As has been said, those who prefer other distros should use the appropriate forums for commenting on their distro and show respect for other forums and their users. Personal criticism is not helpful and not needed.
Be encouraged. You have a lot of support in this forum.
Top
Post Reply
44 posts