the only thing WM does less is provide less confusing menus and options. when i click on firefox a smallish version of its own icon keeps on jumping up and down until the browser is active. ? why. i dont know if its just me but i am experiencing DEs to be sluggish. All actions are ever so slightly slowish.

2. create a launcher in the panel pointing to this script
3. try to close windows by clicking on the launcher - u get error

the funny thing is the error is displayed after the window is closed. So the xdotool action takes effect, yet the error.

The same launcher btw works flawlessly on xfce panel. M sure there must be a way to make the same work on KDE as well. I just haven't figured it out yet. But i can't work in it as it seems slowish, so cant troubleshoot.

M spoilt by the responsive snappiness of openbox. DEs definitely, not my cup of tea. m back to my comfort blanky of openbox.
Top

edit
i couldn't find anything in syslog or messages
Top

quick clarification the earlier mentioned error is seen if you add a launcher on the top panel. It works as expected from the bottom panel. weird. nothing in journalctl as well, tried to search for logs to help the people working on the earlier reported bug.
Top

Would start a support thread in the appropriate section of the forums. Asking users familiar with KDE about it. Not a mod nor want to be but this thread became a totally off topic free for all long ago. Not that I didn't contribute my share to it.

Originally brought up user choice of de/wm is relevant to system overhead, it is(again they and the underlying OS can be tweaked as well.) Was never intended as an my wm mama can beat up your DE's mama. That debate is to great degree based on personal preference and end user perception and will rage on until the end of time.
Most powerful FREE tech-support tool on the planet * HERE. *
Top

i agree.
i am not looking for support here though, just thought it would be relevant in case anyone interested wanted to replicate the error.

i also agree once you are invested in a particular DE or WM it becomes quite inconvenient to switch to something else. trust me i know i tried, its damn difficult to switch. After all don't fix until broken right? also WM vs DE is not a fair comparison. DEs win in terms of providing a GUI for all configurations and WM wins in terms of speedd and light memory footprint. Both are winners really.

I was harping on WM considering the post title "Improve memory usage in Debian". But after trying to switch my environment I understand how difficult it is. So i can understand the challenges anyone would potentially face if they try to switch. Anyway my whole point was if you are RAM challenged and can not find the root cause then maybe consider lighter alternatives.
Top

No worries but the place to make people aware of an issue with a given de in the relevant section of the forum with a descriptive title and details of what's involved. In this case some highly familiar KDE user may outright know the what's, why's and or easy solution etc. Of course you're right, someone can't install a given de/wm and think they're going to be proficient in it in a few hours of dorking with it.
Most powerful FREE tech-support tool on the planet * HERE. *
Top

I did some unofficial benchmarks in KDE Buster. I installed the full metapackage and also installed a couple of plasmoids and redshift.

My hardware on this computer is as follows:

Turning compositing off has negligible results on RAM and CPU usage.

Thanks Hallvor for the analysis quite helpful. The figures mentioned earlier by me for kwin were from real world testing wherein I actually moved mouse and application windows around as a normal user would in normal computer usage. 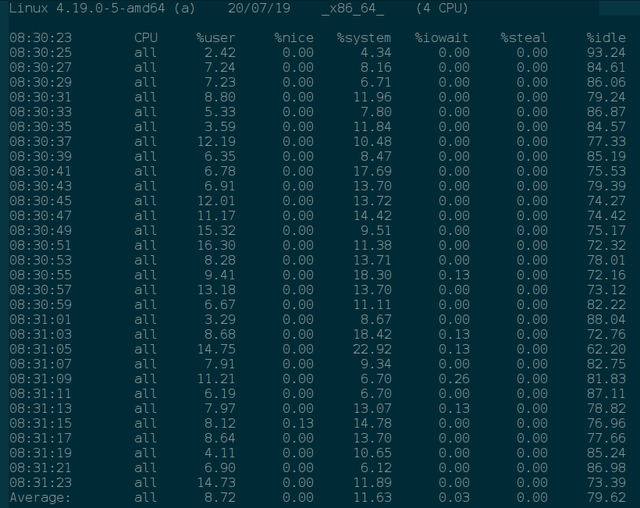