Here you can discuss every aspect of Debian. Note: not for support requests!
Post Reply
9 posts • Page 1 of 1
Message
Author

Saw this yesterday and again today. Looks like a developing situation worth monitoring. 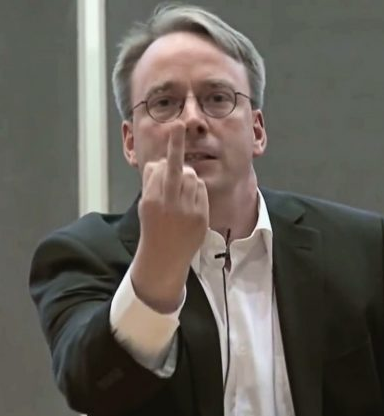 Nobody would ever ask questions If everyone possessed encyclopedic knowledge of the man pages.
Top

It was even on RT, LOL:
https://www.rt.com/news/416712-intel-bug-fix-problems/
One comment FTW (even though it wasn't Windows-exclusive, yada, yada):

I guess without doubt we know they call it WINDOWs for a reason. It lets things in and out.

I think there might be more flaws discovered in the future.
Top

Wheelerof4te wrote:I think there might be more flaws discovered in the future.

Absolutely. I wouldn't be surprised that it would hit harder on e.g. AMD or ARM next time. I'd love to get on bandwagon of Intel-shaming, but these things are rarely airtight. Intel was the unlucky one this time, let's just wait for the next one.

I'm not saying there's no crappy engineering involved or anything. I don't know enough background and I don't know exactly what is involved with these vulnerabilities. It just feels (judging by the public's reactions) that people are quick to forget stuff like hearthbleed, shellshock, POODLE, etc. Those happened to open-source and yes, I know that those are not hardware related. Stuff is created or updated, bugs are introduced, some of them lead to vulnerabilities. It would be rather interesting if hardware was immune to human screw-ups.
Debian 10.2 Stable with i3
Secure your stuff: Securing Debian Manual
Don't break your stuff: Source List Management DontBreakDebian
Top

Another article in PC World today:

https://www.pcworld.com/article/3251171 ... swers.html
Nobody would ever ask questions If everyone possessed encyclopedic knowledge of the man pages.
Top

So now my question is: How much of a premium price will the new Mectre-safe silicon demand, and for how long?

http://www.sci-tech-today.com/news/Inte ... 000EIO5YZA
Nobody would ever ask questions If everyone possessed encyclopedic knowledge of the man pages.
Top

acewiza wrote:So now my question is: How much of a premium price will the new Mectre-safe silicon demand, and for how long?

Oh heck, let's just all upgrade everything, that will be great for the "economy" and what's good for BigBidnez is good for America.

Dear Visitor, Our system has found that you are using an ad-blocking browser add-on. We just wanted to let you know that our site content is, of course, available to you absolutely free of charge. Our ads are the only way we have to be able to bring you the latest high-quality content, which is written by professional journalists, with the help of editors, graphic designers, and our site production and I.T. staff, as well as many other talented people who work around the clock for this site. So, we ask you to add this site to your Ad Blocker’s "white list" or to simply disable your Ad Blocker while visiting this site.

Following Intel, RedHat, Dell, HP and a host of others who have issued updates, then issued another update to remove the first update, now M$ joins the party.
https://access.redhat.com/solutions/331 ... 00tsLNAAY&
https://support.microsoft.com/en-us/hel ... -variant-2
With the number of bugs in Windows, how would they know if a problem was caused by one of the mitigations or it was just one of the increasing number of bugs that is part of Windows?

It looks like this party will be going for a while yet.
Top

Unsurprisingly, Mectre is headlining news of the latest kernel...

https://www.linux.com/blog/intro-to-lin ... ease-cycle
Nobody would ever ask questions If everyone possessed encyclopedic knowledge of the man pages.
Top
Post Reply
9 posts • Page 1 of 1